Let’s be honest, it can be quite difficult for us to pick the right type of boots. So many brands and models, and to top it off there are tiers for each model. Include colours in there and you’ve got hundreds of options to choose from. Luckily for you, we will try to answer some of the most commonly asked questions when it comes to expensive vs cheap boots.
In this article, we will cover perhaps the most popular football boots of them all, Nike Mercurial.  Let's start with the Elite version.

Do you know how we hear about all the new technology that Nike comes out with every Mercurial line? Well, the Elite tier model has them all. A lightweight Vaporposite+, an upper made out of textile-based synthetic material covered by a thin polyurethane coating, is soft, pliable, and has a tight and almost barefoot-like feel. On the inner part is the soft Flyknit fabric to increase comfort. Like all the recent Elite models, it is equipped with ACC (All Conditions Control).
The biggest upgrade is the soleplate. For the first time ever, it is fitted with Nike’s signature Air Zoom Unit, covering 3/4 of the sole. That gives you a springy feeling, which isn’t like anything we’ve ever seen. It is always up to personal preference, someone might like the more hard, raw feel, but we find the Air Zoom soleplate to be quite revolutionary with the little “bounce” in each step.
The tri-star studs are a new addition compared to the previous years, which have the same aggressive traction as the older versions but give it a bit more stability and should improve traction when moving in any direction.
With a weight of 186 grams, it is unsurprisingly the lightest boot out of all the tiers. If you play at a highly competitive level and you want the best quality and premium materials look no further than Nike Zoom Mercurial Vapor 15 Elite. 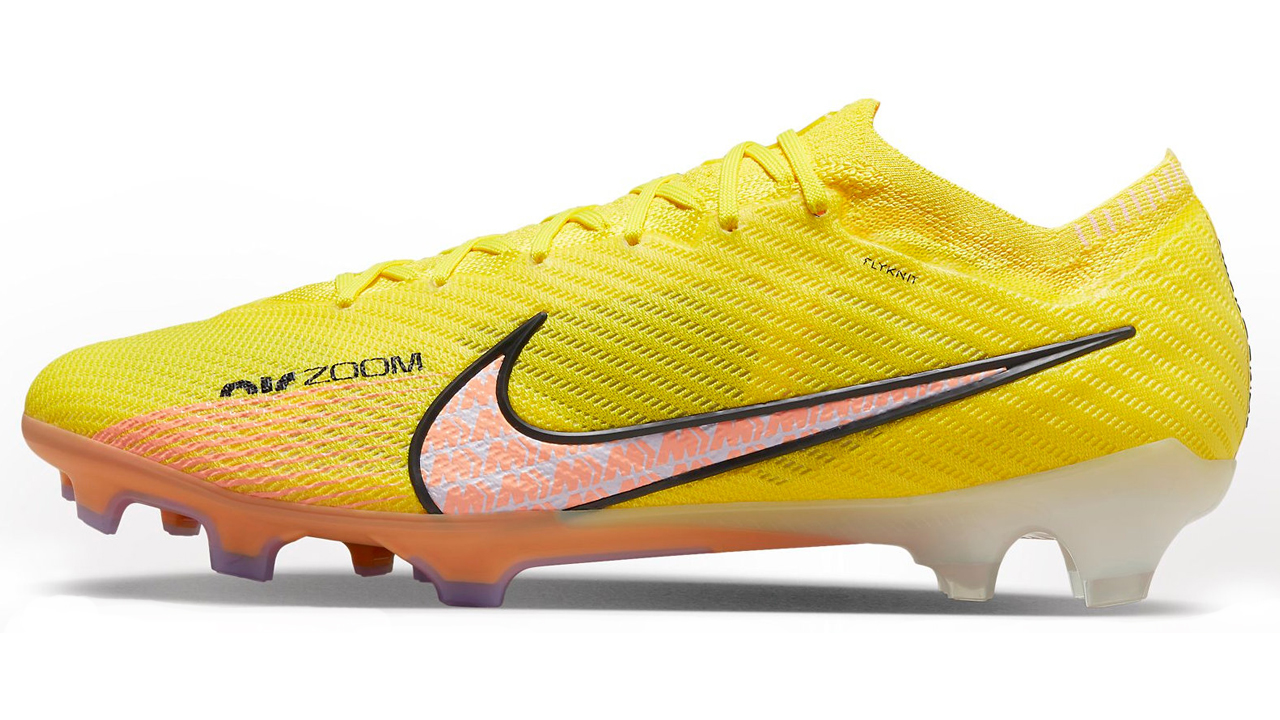 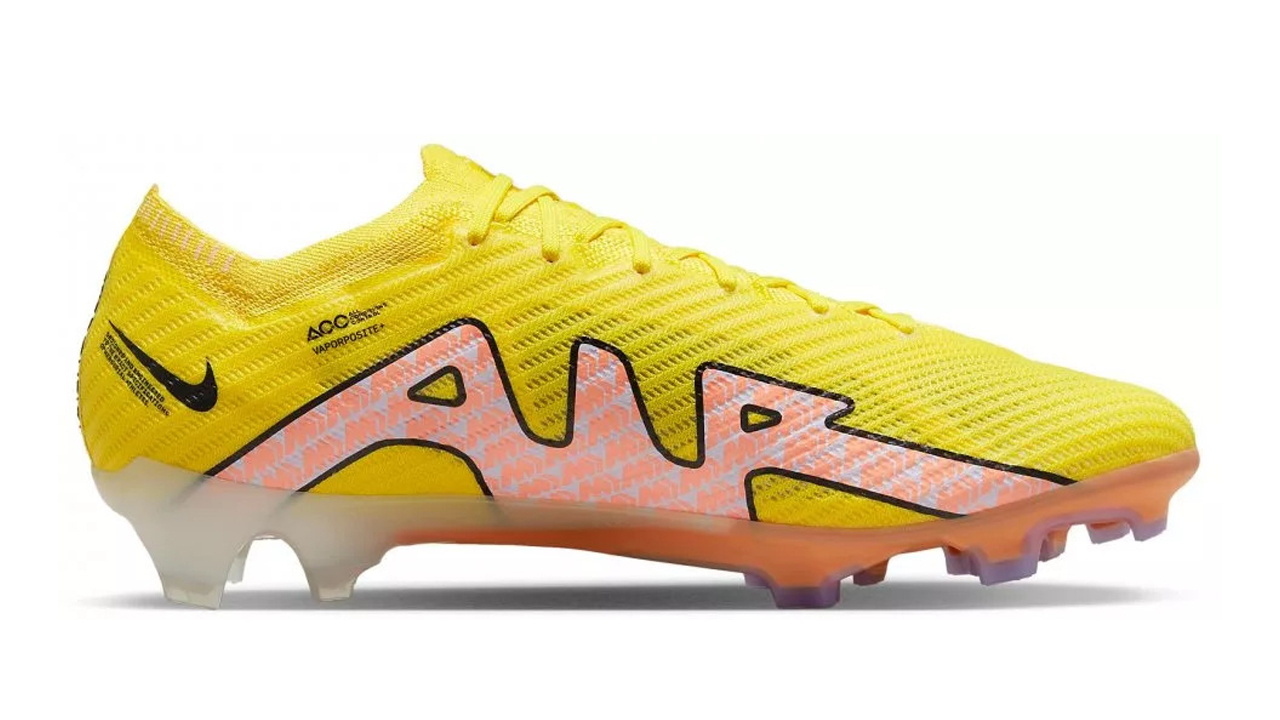 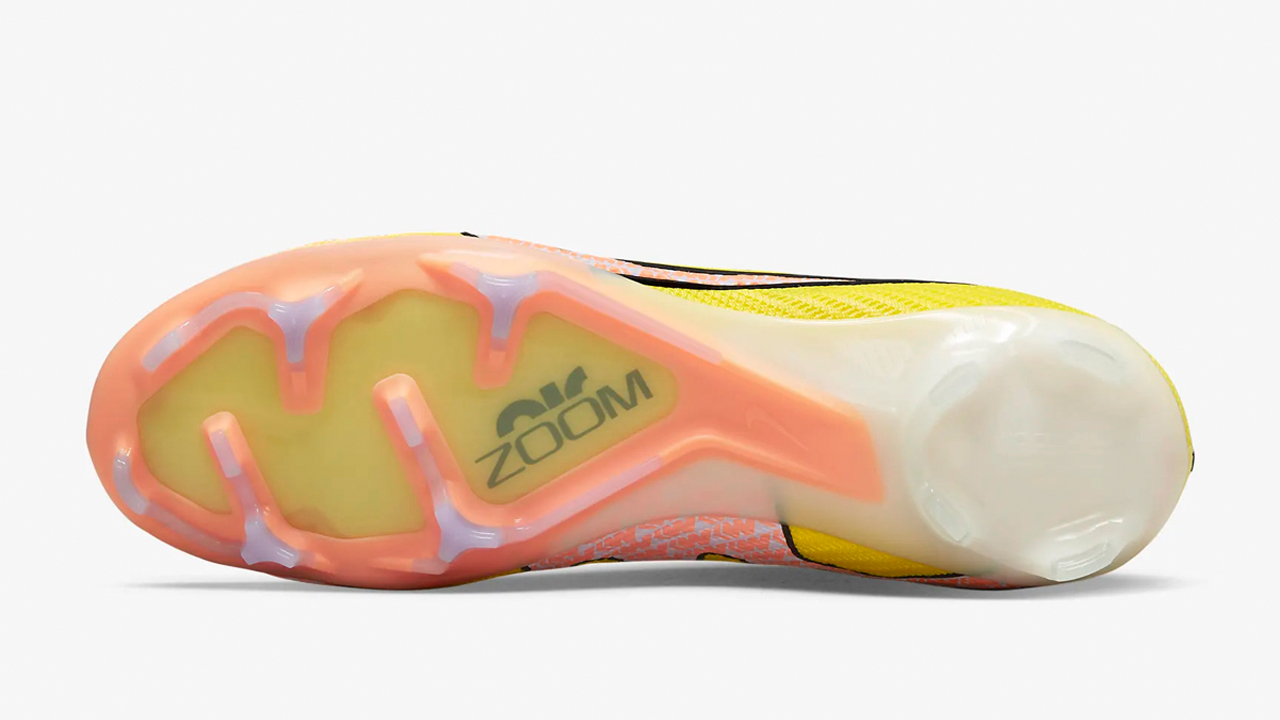 Going one tier lower, we’ve got the Pro version. It features NikeSkin on the upper, as opposed to Elite’s Vaporposite+. However, it is still a pretty similar textile upper coated in a thin polyurethane film as seen at the highest price point. The trade-off is a bit of softness but it still feels much more premium than what we are used to from the dropdown models. The Flyknit-like fabric underneath is a bit stiffer on the Pro version but still does the job well. Unfortunately, the Pros don’t feature ACC technology.
The biggest difference is in the Air Zoom unit size. The elite version spreads the air pressurized tech across nearly your whole foot, while the Pros have the Air Zoom only in the heel area. The bouncy feeling of the Elites is just not there, it feels more raw and like the previous Mercurial models. The heel unit has a slightly springy feel but considering that you spend most of the time on your toes, it’s not as impressive as the more expensive alternative.
Tri-star studs and layout are and feel the same as the Elites. Weighing 223g, it is considerably heavier.
All-in-all, Nike Zoom Mercurial Vapor 15 Pro is a great pair of football boots that are cutting a few corners but still performs very well. It’s perfect for anybody that is not playing at the top level and wants to get premium-like boots while being on a tighter budget. 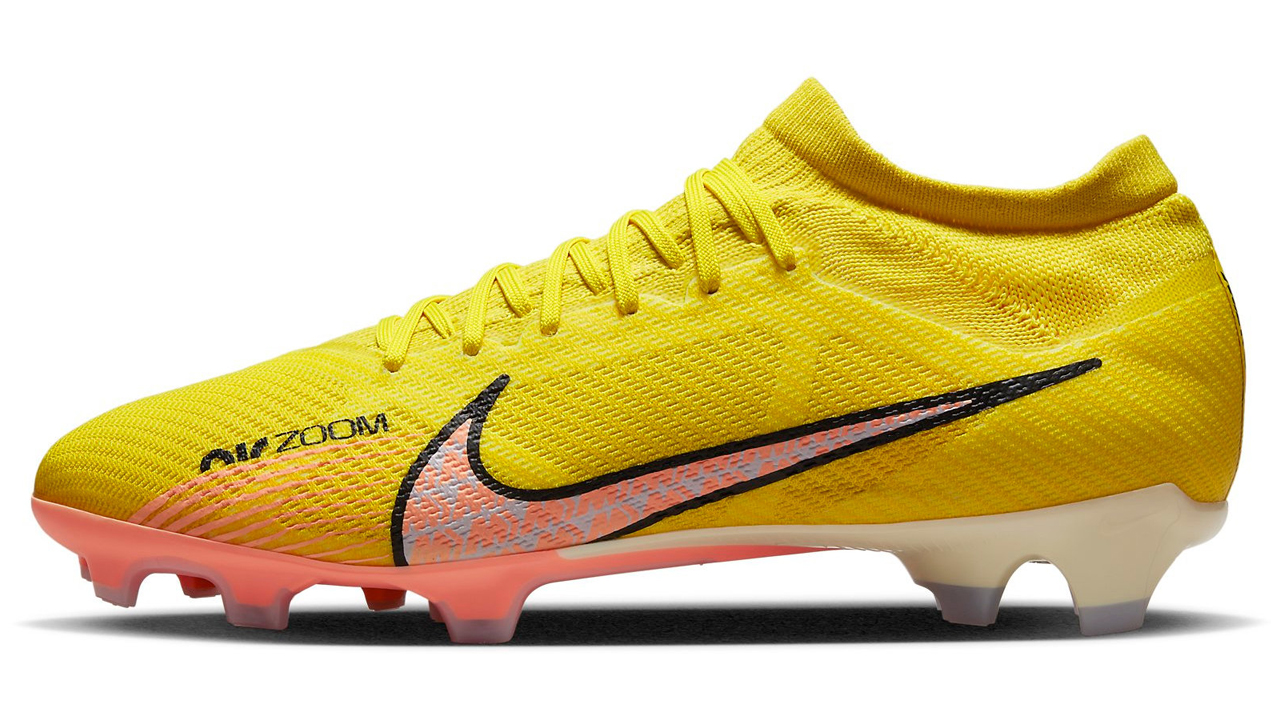 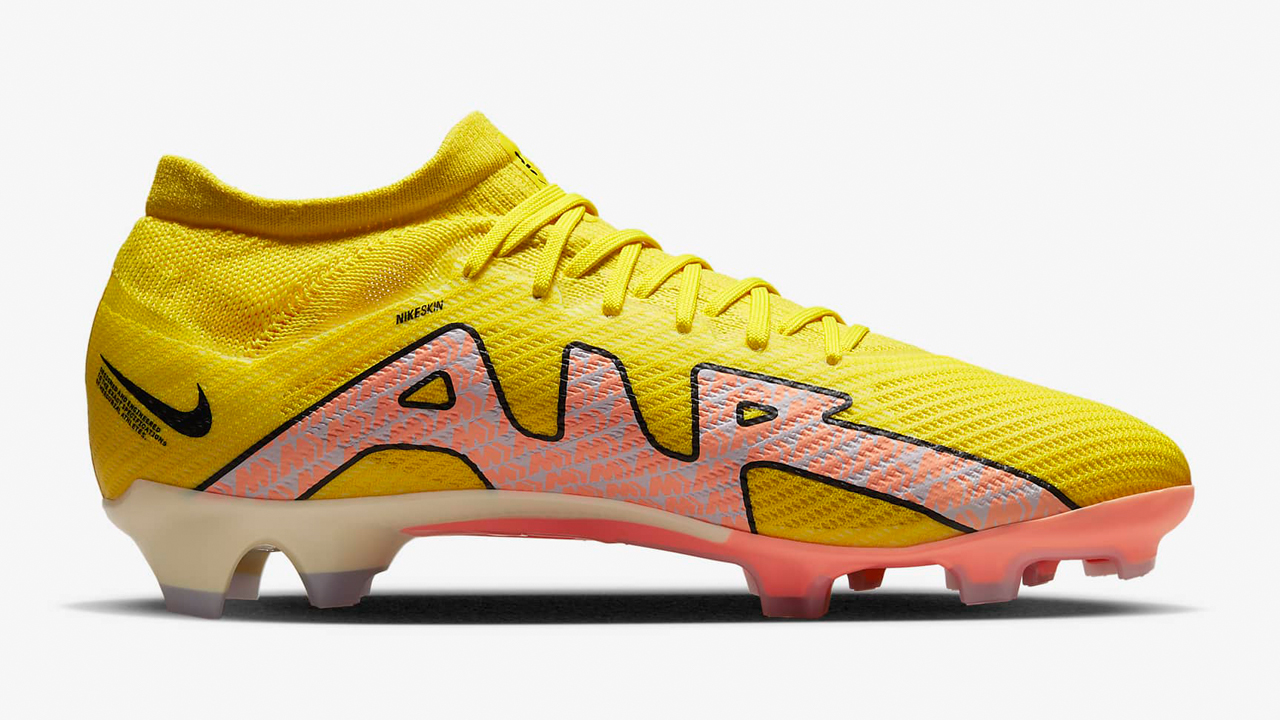 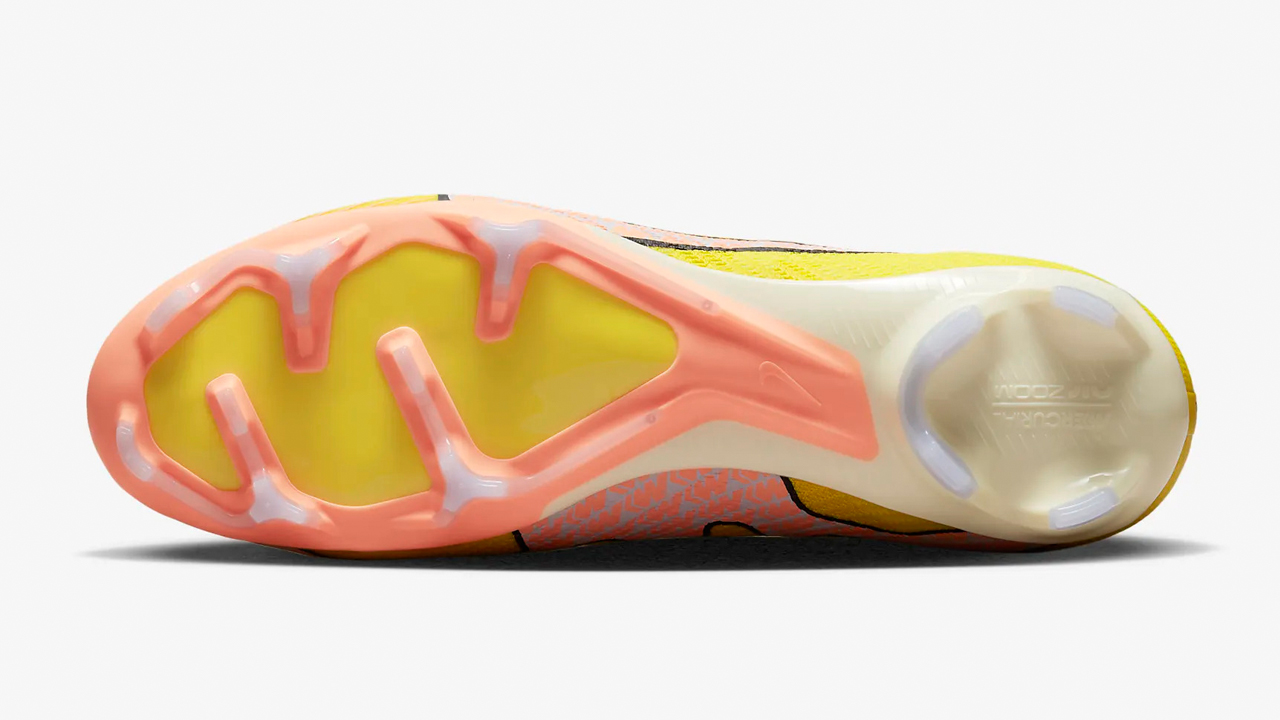 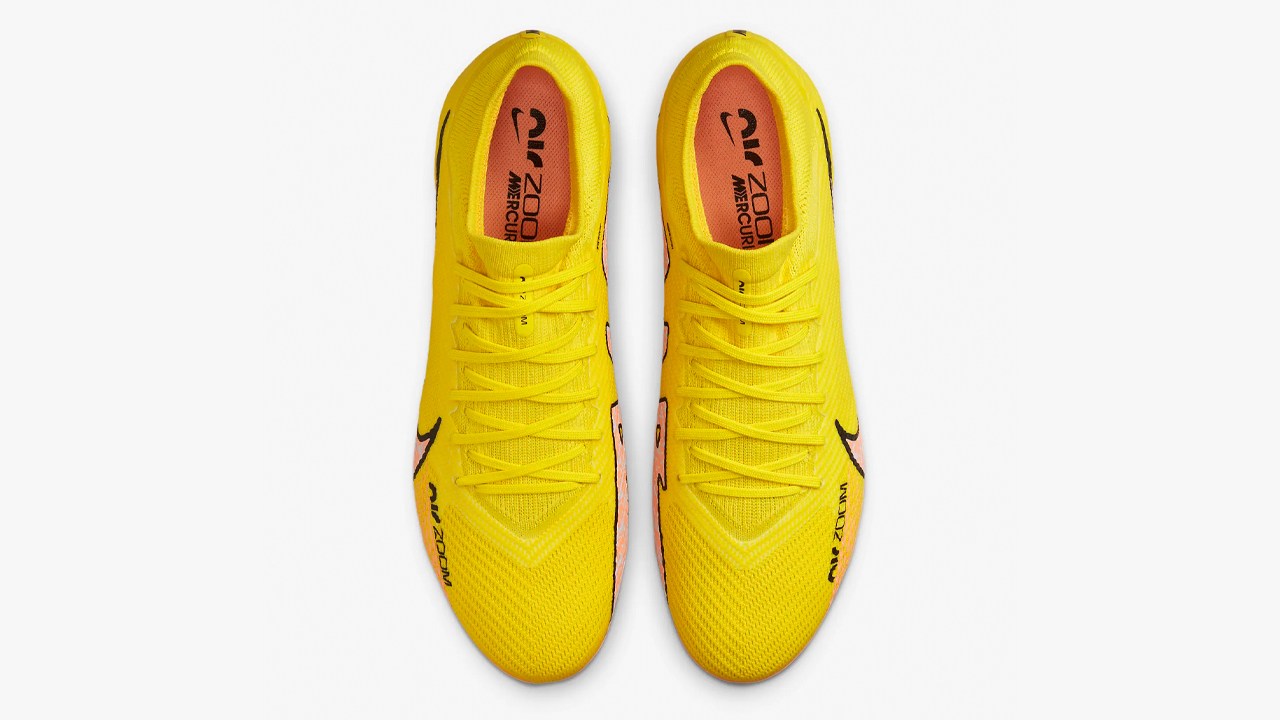 Coming to an even cheaper model, the Academy version is sporting also NikeSkin upper, but its pattern is more linear, rather than the chevron pattern as with the higher versions. It still has the thin polyurethane coating but it is a bit stiffer and has nylon on the inner side, something common for the cheaper models.
As the whole line, it also features the Air Zoom unit, although it is once again only part of the heel area and is even smaller than at the Pro model. In the end, the effect is barely there, so we wouldn’t get our hopes up if you want to get the Academy model and expect a significant springy feel on the impact.
Tri-star studs are present even here but only on the outer side of the soleplate, with classic round studs on the inner. That’s mostly Nike’s attempt to make the cheaper version more multi-use, both for natural and artificial grass. The traction isn’t so prominent but it still feels like a speed boot. With a weight of 248 grams, it is the heaviest of the trio.
In conclusion, Nike Zoom Mercurial Vapor 15 Academy is a good entry-level boot for kids and recreational players. 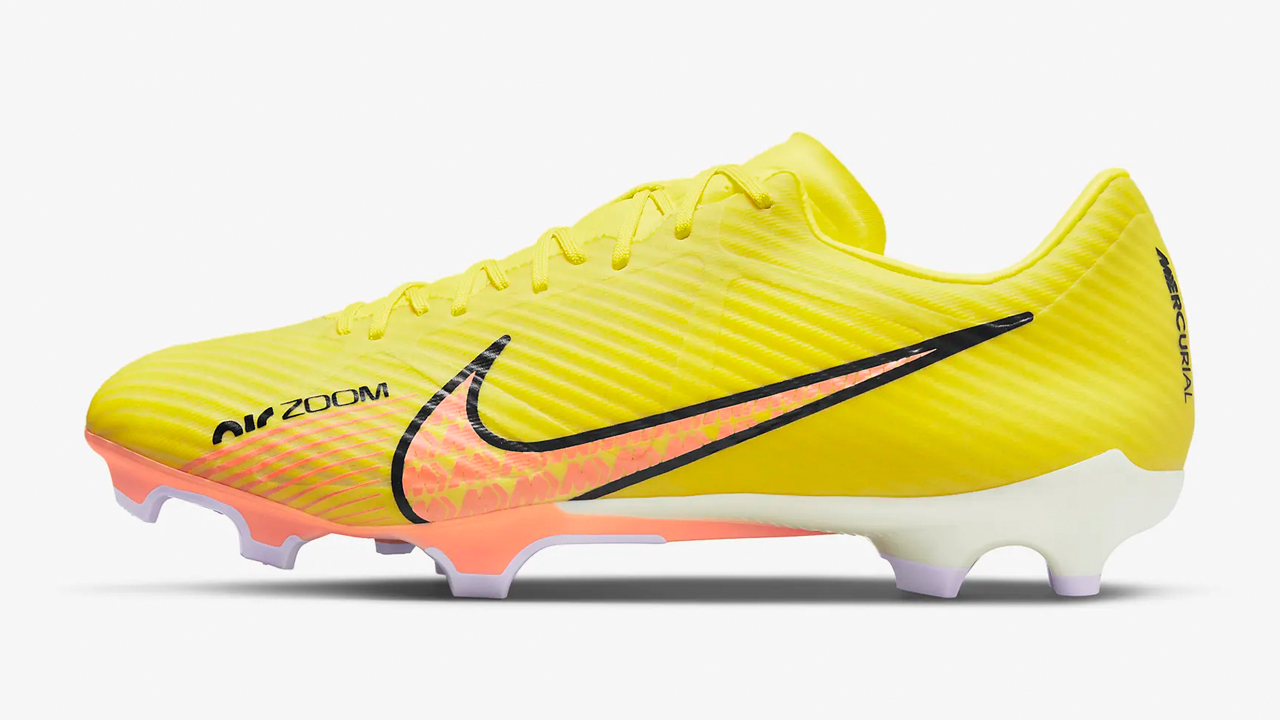 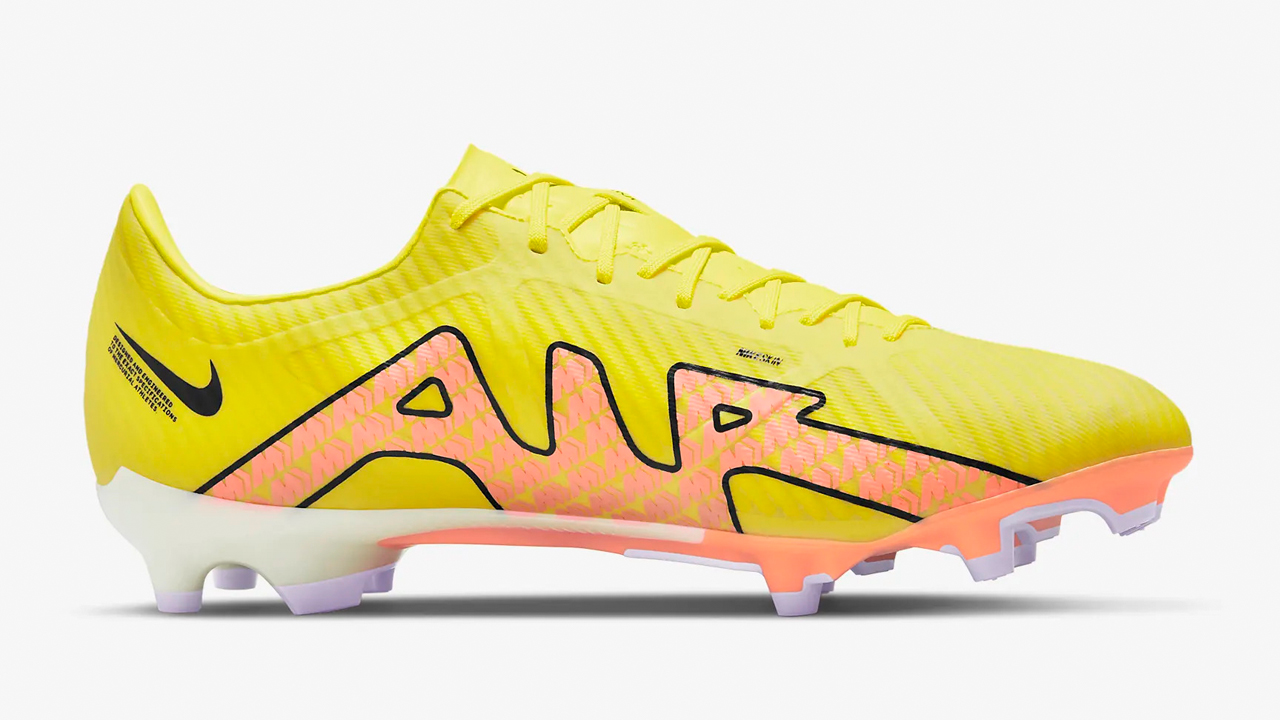 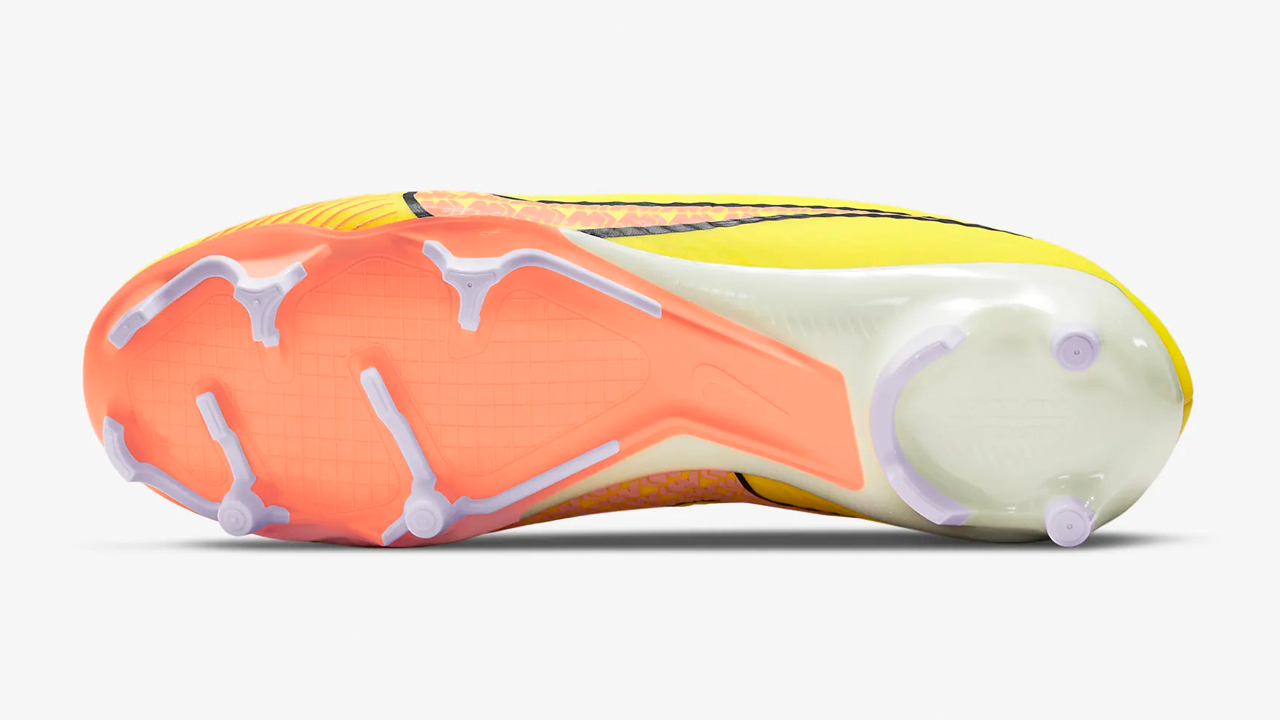 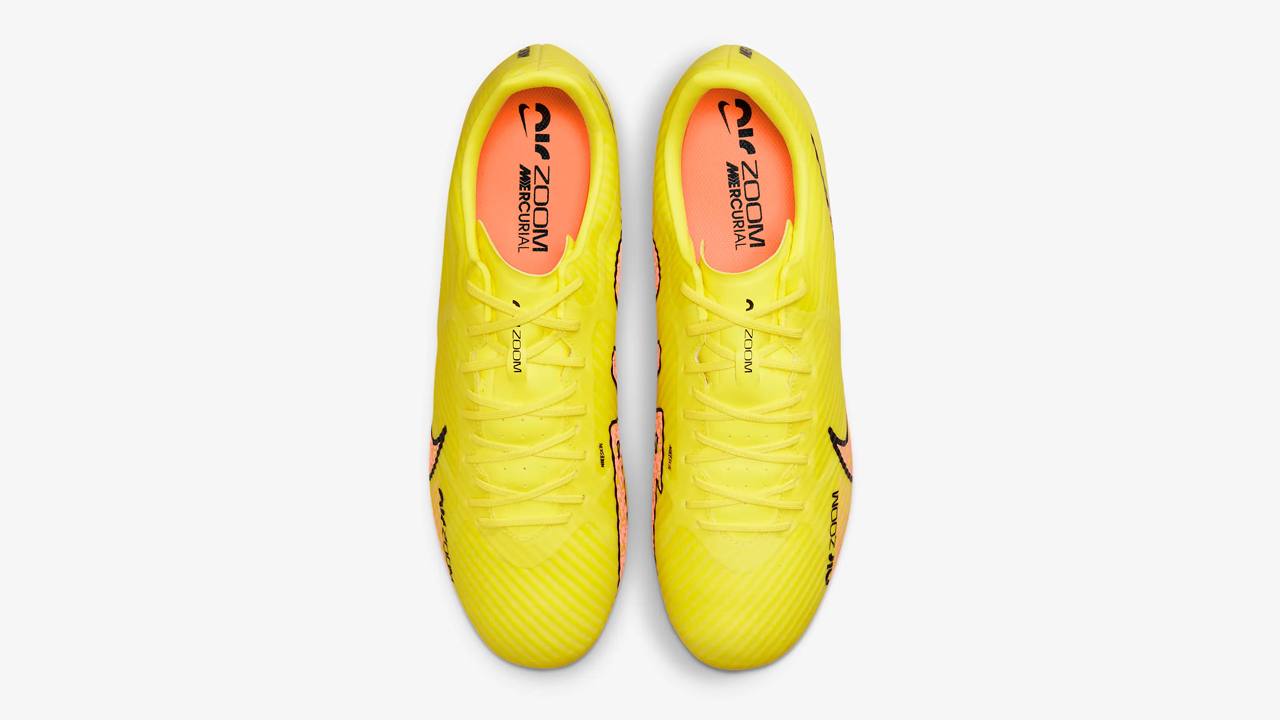 The newest models of the Mercurial series have seen significant improvements compared to the previous years, with the lower tiers being better than ever. This year's Mercurial line should certainly satisfy everyone, no matter the level of play or the budget. Which ones are you getting?

Which boots score the most goals and who has the nicest jerseys?

Not sure how to watch the best national teams at the World Cup? Check out our World Cup Guide for more info!

Find out more about the ball that will be played by the biggest stars in Qatar!